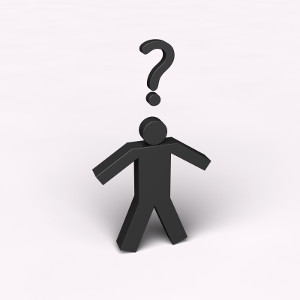 The Spoken Word is History…

I am a terrible note taker – My handwriting is appalling, and while I can type pretty fast, I find it very difficult to look people in the eye at the same time – And when I am on the phone, trying to tuck the headset under my chin and type is near impossible (and the swearing that accompanies my dropping the phone has been deemed unprofessional by my co-workers…)

I live a lot of my life in e-mail.  I get hundreds of the things every day, personal and professional, many of them urgent, and some of them important even.

But a lot of my time is spent talking. I attend meetings and conference calls.  I talk on the phone in my office, or while I am running to another meeting on my mobile.  And you know what?  All of that is lost in the ether.  Someone somewhere might have some notes of what was said, but the rest?  Pouff. Gone.

Back when I was a lawyer working in private practice (this is a long time ago now), I used to have to write an “Attendance Note” of every phone call I made or received, an encapsulation of advice given and information received.  We didn’t have computers on desks back then, and so it was dictated and typed up by a secretary.  Imagine it.  You have just spent 20 minutes speaking on the phone, and then you spend another 20 minutes talking all over again into a machine trying to remember what was said – Or in many cases, what you wish was said.  Never compare the Attendance Notes of two opposing lawyers of the same call if you actually want to know what really took place on the phone.

The practice of Attendance Notes persists (rightly) to this day, but with the increasing bombardment of information from other sources (email in particular), it is often easy to overlook, sometimes with devastating consequences (See my article on Withers here)

And here is the point:  the spoken word is important, and it is as much a record of our working and professional lives as email has become.  I used to gaily flit between email providers, often linked to whichever dial-up or broadband provider I was using at the time.  Now, I rely on Gmail as the archive of my personal life, a searchable chronicle of pretty much everything.  It would be very hard to live without that.  I would not have believed it if someone had told me that back when I was somenumber@compuserve.com

But we allow our voices to disappear.  Or if we do capture them, we do it in such a way that it is difficult to access it later.

I now record all my telephone calls, something that I am allowed to do under the laws of where I live.  And I have used those recordings to win arguments with people who would swear black was white.  And I have replayed them, and thought “Why did I say that?” – A painful learning experience.  I can search them, listen to them, and view them just like my email, but then, that is what I do for a living.

A lot of people are shocked when I tell them that I record like this.  And often, the first thing they ask me about is the legality, and that always interests me.  If you send me an email, do you wonder about what I do with it next?  Do you ask me about whether it is legal for me to store, search and review it?  If you send me a letter, in the post, and I open it, do you question my right to scan it and store it (I do, by the way, so be warned…). Then why shouldn’t I record what I say?   It is (as I said above), less rude than typing while trying to speak!

Outside of the personal and business side, we do, in some cases, record what is important, although often in a sea of dross.  Parliaments, Congresses, Public Committees and Inquiries, News, Radio, YouTube, WhatsApp – It’s all out there, but it is difficult to get to.  We do not make this type of search and subsequent review easy:  If I Google “FIFA Election” (This morning’s hot topic) – I get a lot of content, all of it text based.  But there will be hundreds of videos and radio programmes where it is mentioned.  Why can’t I just dive straight in to them?  Where is the button that takes me to that point in the latest BBC News or Radio 4 programme where it is mentioned? (I have a badge that someone once made for me to wear on my trips to the West Coast that says “Google.  Buy Me”. This is a hint, chaps)

The fact is that what we say, and what others say, is an important part of our history, and the ongoing history of the world.  But here in 2015, we’re stuck in the Text Age.  We’ve moved on from the Paper Age, but we haven’t really moved into the Information Age, no matter how much we kid ourselves.  I think in 5 years, we will record everything as a matter of course.  Our wearable devices will deal with day-to-day meetings and other interactions (Baristas beware), and the telcos will finally latch on to the fact that they can charge you to record your calls and then charge you to store them – In a declining telecoms market, they need every dime.

5 years ago, I said audio would be a problem, and trust me, there are a lot of banks and law firms who are finding that I was right. I’m hoping that if I’m right about this next 5 year prediction, it is because we’re turned the problem into a solution.