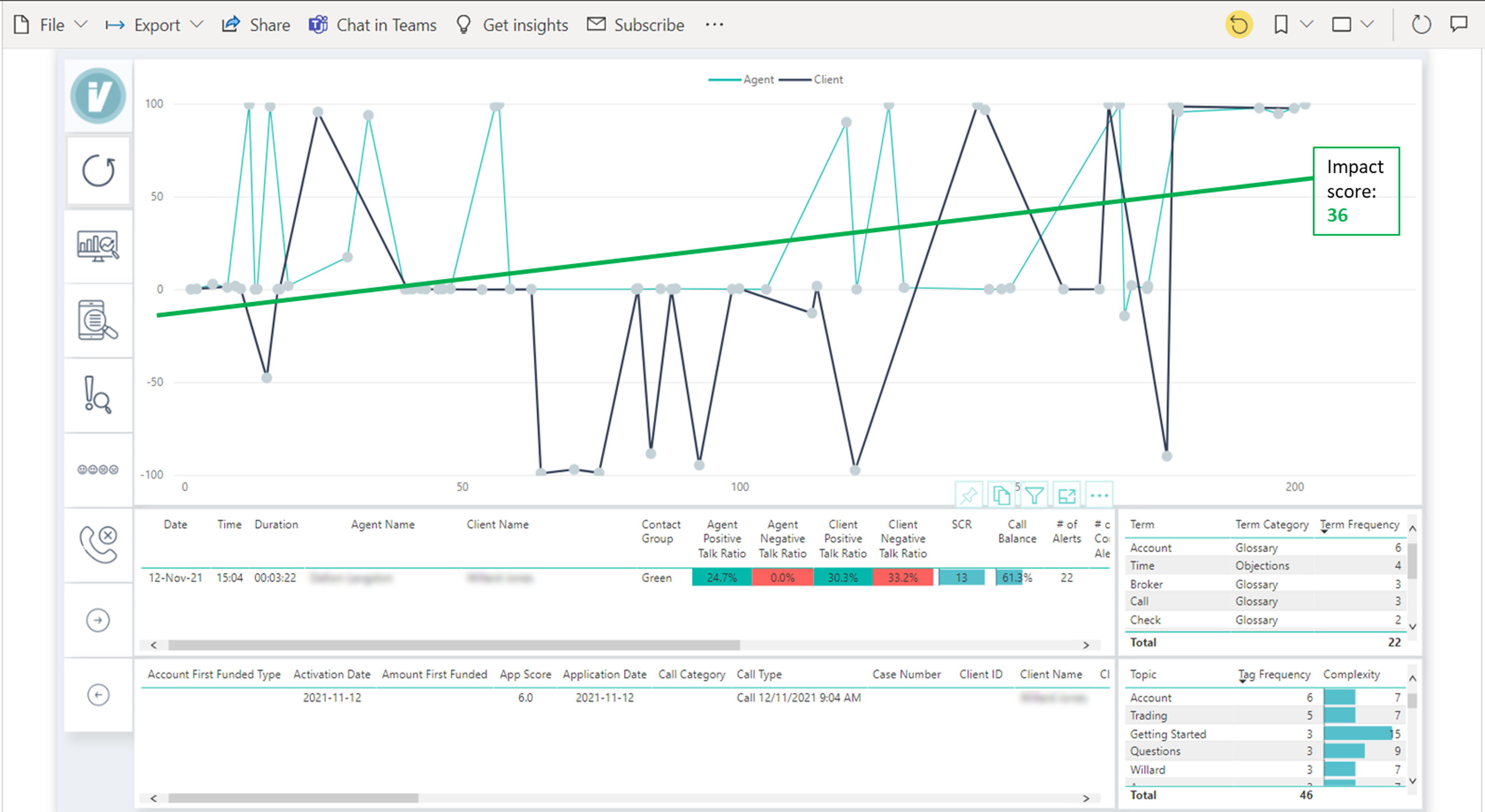 New Languages for Transcription and Sentiment

In addition to the English sentiment pack, IV is pleased to announce the GA release of the following languages:

Identifying the cause of customer behaviour across multiple regions is challenging. Having access to voice analytics that supports the languages in use across all your regions is the key to unlocking a unified voice of the customer.

IV Sentiment (part of the LexiQal suite) provides more than just a single score for a file of positive and negative sentiment: It not only looks down to an utterance level, it tracks the sentiment changes over an entire conversation by person, topic, theme and trend to produce a score which aligns closely to the change of the sentiment over a call. This granularity of analysis is vital in identifying interactions that need improvement, the drivers behind those needs, be that customer experience, agent performance or assessing the mood of a meeting.

IV Sentiment supports a wide variety of other languages in beta.

English is not the only language spoken in the world, and so IV continues its work to provide highly tunable, but highly accurate, speech recognition models in a variety of languages. IV’s “QuickTrain” methodology has been extended to allow small snippets of speech to be added to the training pipeline to get even greater accuracy on unusual words or jargon.

IV continues to provide cloud-level accuracy in highly secure environments like banking, insurance and law enforcement, allowing companies to manage the entire data lifecycle (on prem or in their own private cloud or AWS/Azure deployment) without sacrificing privacy by using public APIs.

This month’s release of new languages is;

To find out more about Intelligent Voice’s new languages for transcription and sentiment please contact us at info@intelligentvoice.com or give us a call on 0203 6272670